Ceilidh Composite Technologies is currently installing a new CNC bed to expand the plug and mould making capacities. The new machine which will be used to mill smaller moulds, parts and carbon plates has working dimensions of 1600mm x 800mm x 120mm. Together with the recently implemented 3D CAD drawing capabilities it will be possible to visualise new products and make mockups during product development. While this CNC bed is relatively small the plan is to test the suitability within the factory workflow before considering upgrading to a larger installation.

Ceilidh Composite Technologies produces round flagpoles in various different lengths (1000/1200/1500mm) and diameters (25/30mm). Each flagpole is clear coated. The poles are delivered with a ‘Delrin’ plug to suit your flagpole holder. The sleek design is sure to complement the stern of your boat.

Recently a C-Tech FD mast was dropped off by a Dutch sailor for some repair work after a windy race. Below the pictures of the mast before and after repairs. By sleeving the two sections together and then removing the damaged layers one-for-one the mast can be repaired with little or no change to the bending characteristics.

Together with team Jumbo-Visma and Pontis Engineering Ceilidh Composite Technologies has produced a special handle bar for their time trial bikes.

The new handlebars bring a 25% decrease in weight and increased aerodynamic performance. This setup was used by Primož Roglič with great succes, winning the 2019 La Vuelta time trial.

With 3D printed plugs (mother forms) Ceilidh utilized their short run mould concept to manufacture the parts. With 2 iterations of the design to increase strength and ‘countability’ the extensions incorporate thin stainless steel plates in way of bolts for fixation, and are hollow to enable placement of gear cables .

For an article and short clip by team Jumbo-Visma, check here

Finn World Champion Zsombor Berecz, from Hungary, has secured the Ready Steady Tokyo Olympic Test Event, with a day to spare after sealing victory on Wednesday in Enoshima, Japan. Nicholas Heiner, from The Netherlands, move up to second, while Giles Scott, from Britain drops to third to set up a three way fght for bronze and silver with Andy Maloney from New Zealand. The race wins on Wednesday went to Alican Kaynar, from Turkey, and Ondrej Teply, from Czech Republic.

The forecast for the day was generally for a light onshore wind, with a lot of low cloud around all morning. The wind remained fairly light and unstable all day with frequent position changes throughout the fleet.

Kaynar made the best of the first upwind in Race 9 to lead throughout for a comfortable victory from Berecz who rounded in sixth and Maloney, who made the comeback of the day from 20th at the first mark.

The final opening series race, Race 10, got even harder with some big swings. Teply rounded first and led all the way. Berecz had the opportunity to close the series there and then and had worked his way up to fourth, before a rare mistake left him on the wrong side of a big shift. Fortunately for him Scott was still behind him.

Teply went on to win from Anders Pedersen, from Norway and Heiner. Berecz crossed in 12th and with Scott back in 16th, Berecz had won the regatta with a race to spare.

Kaynar has made hard work of this week, so the race win was something of a relief after a high scoring week.

“I started the week very badly. I had quite big results in the first four races and after that I tried to do better and I had some problems with the downwinds, so lost some points there, but then I found my rhythm and moved up to seventh position. I am not so happy with my results, but I think it is positive to have some good results.”

“Today, in the first race I was on the right side and I got some good pressure and finally I had a good downwind and could extend, and I managed to finish first. I was also on the right in the second race, but it didn’t pay off. There was a big shift in the left and I came up quite last.”

“It’s a tricky venue. There is a lot of current and one day we had an offshore wind, so I think it is going to be hard at the Games.”

It has been a challenging week for all sailors, not least because of the heat but also the wind conditions. This is obvious when looking at the results with most sailors having results up and down the fleet. One thing is sure about Enoshima – finding anything resembling consistency is going to be hard, even for the best sailors. To win here you are going to have to be your best, every day. That is what is remarkable about Berecz’s performance, only two results outside the top three.

Berecz has hardly put a foot wrong this week. He was almost lost for words at the magnitude of his victory.

“Today it was classic sea breeze conditions. In the first race we had 7-8 knots. I had good start and good tactics and I managed to finish second. In the second race I was also there but there was a huge left shift which mixed up the game a bit, but not enough and I secured my first place before tomorrow.”

“I am thrilled with my performance this week and it’s good to know, because this was my big regatta, that we can do very good preparation by ourselves, so we are on a good track and I am very happy for us.”

“Definitely the best regatta I had was last year when I won the worlds, but this one is over that. I had such a great week, such great days, I was sharp all week and this is probably the best regatta of my life that I could manage to put together. I am speechless actually because I am very surprised and very happy that we can achieve this.”

Ready Steady Tokyo will conclude on Thursday with the medal race. It will be a fight between Heiner, Scott and Maloney – three of the best performers all year – for the other medals.

Ready Steady Tokyo, the Olympic test event is a series of 10 opening series races from Saturday 17, August to Wednesday 21, August. The top 10 will then sail the medal race on Thursday 22 August.

Many more photos can be found here: www.flickr.com/photos/finnclassphotos

The 2019 Splash Worlds took place on July 22-27 in Kamperland, Netherlands. Though the Splash is not a class sporting carbon masts, other products and services proved their usefulness during the week.

Congratulations to Finn Snijders, who clinched the title in the very last race and another outstanding performance by Jules van Raaij, who ended third. Both were sailing with the Ceilidh vang system and halyard, confident that both give them more flexibility in changing their setup mid-race to adjust to changing conditions.

However, there is more to winning a race than equipment. Ceilidh Composite Technologies also provided coaching for the sailors of Splash Team Zeeland. Knowledge of the area and conditions proved to be essential: where other teams were struggling, Team Zeeland was able to sail well consistently thanks to constant updates on tide and wind situations. Focus on race preparation and tactical awareness coupled with an analytical approach to the mast and sail combination teaches the team members ‘skills for life’ within the coaching program.

This year, the Soling European Championships were held in Torbole, Lake Garda. This year saw the introduction of carbon masts to the Soling class, as developed by Ceilidh Composite Technologies and ‘Group Orion’.

Four challenging days with both light and heavy winds made for an interesting and balanced championship. Congratulations to Eki Heinonen, Gabor Helmhout and Matias Heinonen of the FIN 46 for winning the Europeans with the Ceilidh Composite Technologies mast.

With the OK Dinghy World Championships beginning next week in New Zealand the fleet sailed a Pre-Worlds during the weekend of 2-3 February. This event is always useful to get an idea of how the different mast /sail combinations are working with most of the top sailors in the class taking part.

For further information on the Worlds please use one of the links below.

Having placed 2nd at the World Championships earlier this summer Fredrik Lööf from Sweden has won the European Championships after a thrilling final day of racing. After changing material supplier after the Worlds, Fredrik has been working together with Ceilidh and Green Sails to find the best combination to suit him. Racing was close, with 3 sailors  challenging at the top in the great conditions of Bandol. In the last race Fredrik pulled away to secure his first title in his class. Congratulations.

Congratulations to the medal winners at the 2018 Finn World Championships which just finished in Aarhus, Denmark.

Especially rewarding for us was the return of Pieter Jan Postma to the Finn fleet. Having approached us exactly 90 days before the start of this event to work together the team has further developed a new concept of mast performance and control which had given us some success in 2016. At that stage the sailmakers were struggling to keep up with our developments which came too close to the Olympic Games.

With a short but intensive preparation together with PJ, Ed Wright, North Sails UK and Dinghy Racing Centre this time the performance improvement is marked. Our thanks to everyone involved for the enthusiasm, belief and confidence in our design. Also our thanks to the sailors for keeping us on the edge of our seats for the last week.

We are looking forward to the next stage of development to support our sailors during the selection process for Tokyo 2020. 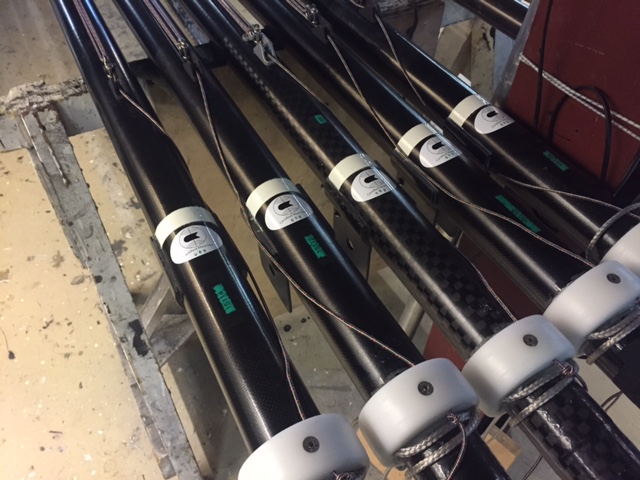 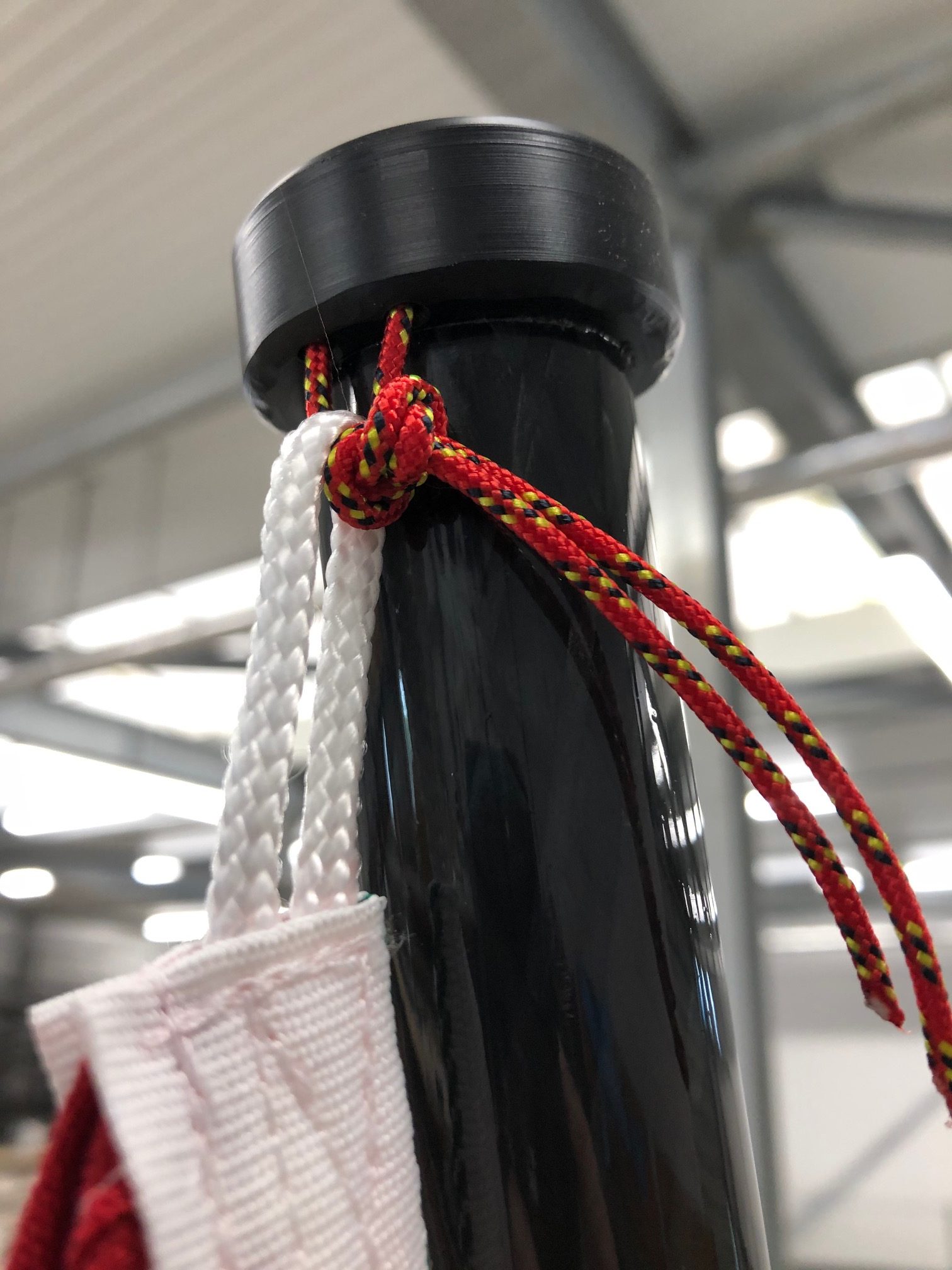 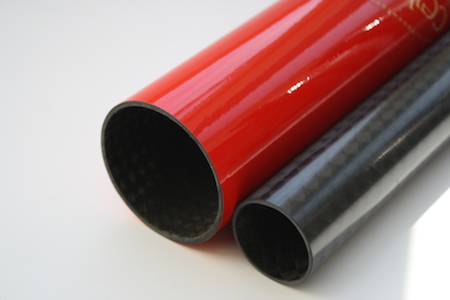